Michael Chan, 40, who has lived Woodside for about 25 years, decided to open “Matsuri” at 39-56 61st Street–where Dunkin’ Donuts was located– in the belief that Woodside was underserved in terms of sushi and other Japanese fare. “This neighborhood needed a sushi restaurant, so I decided to build one,” Chan said.

Chan, who was raised in Hong Kong and is a father of two,  has worked at a number of sushi restaurants over the years. He has also worked at American-style restaurants, such as the Southgate Restaurant on Central Park South and the Chambers Hotel between 5th and 6th Ave on 56th Street under “Iron Chef” Geoffrey Zakarian for 8 years.

Matsuri, which in Japanese means “festival”,  serves a variety of different items including sushi, hibachi and teriyaki dishes (click menu below).

The restaurant is currently in the process of applying for a full liquor license, which Chan hopes to secure so he can saki. 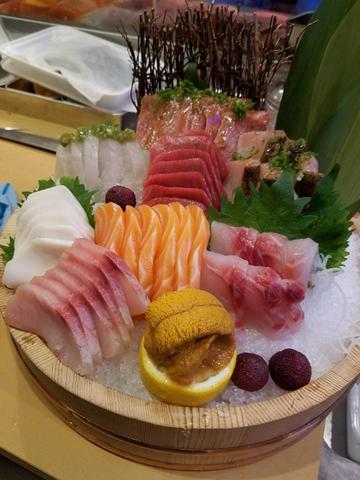 Ate here last week. I have a gluten allergy and the staff was SO accommodating and sweet! The sushi was really good as well. They even brought out a brand new bottle of gluten free soy sauce for me. Will def be back!

Great news! I love sushi! Can you bring your own saki?

This is very dumb. Lots of chefs (probably most of the best ones, actually), work with cuisines beyond just the one that matches the ethnicity of their birth names. Never heard of an American chef serving French food? Don’t know why a Chinese-American with the proper experience and training can’t serve Japanese.

Wishing them much success. Nice people and very good food

I wish them great success as that intersection could use some new fresh up to date businesses.
Bravo Michael Chan. Good luck and sell that sushi.

I go with Mr magloo

El Loco was once a Hibachi chef while he was working his way through Asia while fighting in the Underground fight club while representing the Meteopolitan Houses DoJo. He had left Lily’s restaurant in search of adventure. Lily slipped a couple of Benjamins in the pocket of his Members Only jacket on his last day of work there. She gave him a kiss on the cheek and told him to go kick ass over there. He returned to the States with the skills of a Master Hibachi chef as well as a few grand in Yen (money he won in the fight club). He is now a respected leader in the Sunnyside community. He is also a bodyguard for Oran Juice Jones. Special Note: You will never see El Loco take a knee!

That’s not very nice. I love shepherd’s pie and scones

Indeed. Very Irish with Indian.Mexican, Filipino, and Thai restaurants having been around for over a decade. The new Sushi place makes it even more so.

I wish you the very best of luck —