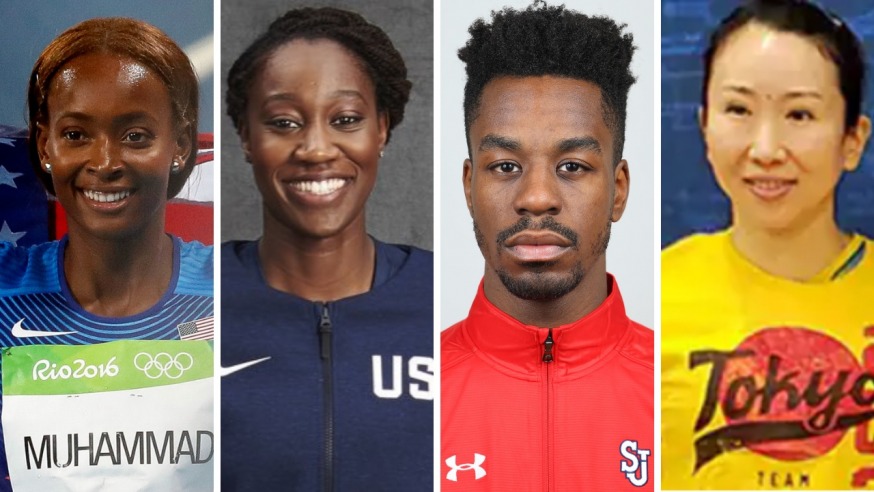 Dalilah Muhammad, Tina Charles, Curtis McDowald and Juan Liu are from Queens and competing at the Olympics (Photos: Wikipedia and Team USA)

The World’s Borough is being represented in track and field, basketball, fencing and table tennis.

Dalilah Muhammad, who is from Jamaica, Queens, is looking to reclaim her crown as the top Olympian in the 400-meter hurdle division. Muhammad won gold in the race in Rio in 2016.

Muhammad’s road to Tokyo has been bumpy with the 31-year-old suffering a hamstring injury earlier this year and she was also struck down with COVID-19 twice. The heats get underway Friday evening with the final scheduled for Tuesday evening.

Tina Charles, who was born in Flushing and raised in Jamaica, Queens, is aiming to win her third gold medal at the Games in women’s basketball. Charles, 32, also clinched gold with Team USA in 2012 and in 2016.

The women’s basketball team kicked off its Olympic campaign Tuesday with an 81-72 victory over Nigeria. The side faces off against Japan Friday at 12:40 a.m. EST.

Curtis McDowald, who is from Jamaica, Queens, is making his first appearance at an Olympic Games and is representing Team USA in fencing. McDowald, 25, is competing in épée fencing, which is one of the three types of fencing at the games along with foil and sabre.

He suffered an opening-round loss Sunday in the singles category and was knocked out to place 24th overall. McDowald’s Olympic journey is not over, however, as he will fence in the team category Thursday at 9 p.m. EST.

In table tennis, Juan Liu from College Point has already been in action at the games and was narrowly beaten in her last sixteen match Tuesday.

Liu, who was born in China, just fell short of becoming the first Team USA player to reach the quarterfinals of an Olympic table tennis event since 2008. The 36-year-old has represented China at the national level in the past.

Best of luck to all athletes from Queens. Don’t quit.